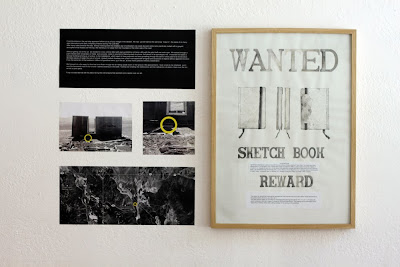 From the distance the rest-stop appeared before us as a fuzzy mirage in the desert. We had just left behind the well known "Area 51", the place of so many alien fabrications and dark conspiracy theories during Th Cold War.
After many miles towards the east, without noticing even the smallest sign of civilization one could discover some ruins practically melted with a grayish atmosphere that floated over the top, like wanting to run away from the mountains of the other side of the road.
Without getting out of the car, we decided to cross a fence filled with signs prohibiting entrance, althought the gate itself was wide open. WE walked throught a path infested with remainders of metal and concrete, closer to any kind of decomposed estructures, like pieces of an apocaliptic vail. A discret hill raised a strange building serving as a nucleus to the installations, wich seem to have expoted and was spreading trought the sand in what used to be its structure.
Wrinkled pieces of metal, the size of a truck, created modest shadows over a floor overloaded whit shrapnel and structures of objects without apparent function.
From the epicenter of that explosion millions of questions were up in the air, as was these particles without a destination.
We focused on a far away hut that had once flown trhought the air falling upside down on the ground. We approached it, I took a look ti my sketchbook,put it over the backwards roof of the hut and I started drawing on the walls. Tasting and smelling the restlessness and radioactive vibrations, there over the hut we did a quick piece.
Forty minutes later we left the place facing the cold enigma that seemed not to rejoice over our act.

DESCRIPTION:
Light brown sketchbook ( unknown brand) 16 inches tall by 4 inches
wide and 1 inch thick. The cover has a soft velvety texture. On the
back it has a watery black stain as a result of spilling a can of
paint during the creation of a mural in Los Angeles on June 5th. On
the spine there are some irregular patches of white paint from an
unknown cause. The sketchbook was accidentally left on June 13th in a
house flipped over, in a strange place at the entrance to Death
Valley, somewhere east of Highway 373, between Amargosa Valley and
Death Valley Junction.
REWARD:
The person to retrieve this book will be rewarded with this original
work of art upon deliver of the sketchbook to this gallery before
20:00 on July 29th, 2011. The artist and the gallery is committed to
exchanging this drawing (framed) of 19 3 / 4 "x 27 1 / 2" made with
pencil, watercolor and ink on paper 6 ounces for the found sketchbook.
The drawing will be exchanged at the exact time of delivery of the
book, without waiting for the closing of the exhibition.
Publicado por Mr. Window en 7:20 No hay comentarios: 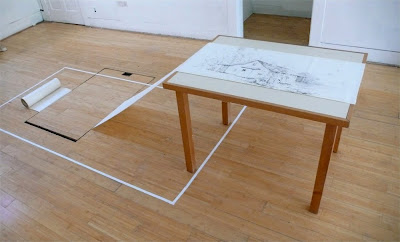 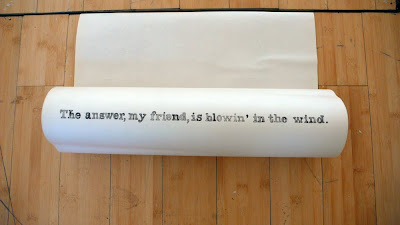 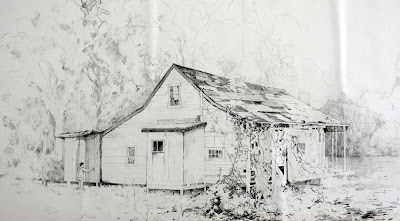 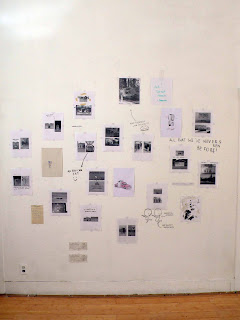 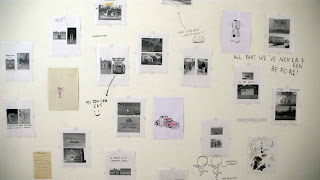 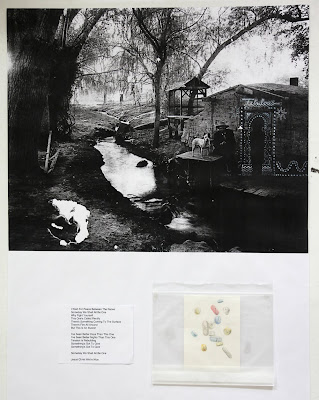 Someday We Shall All Be One 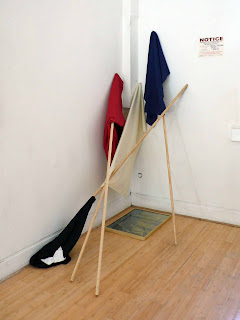 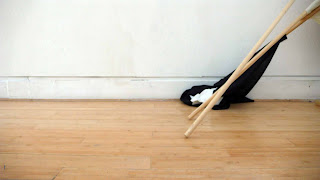 NOTICE
This structure is unsafe for humanoccupancy and shall not be used or occupied.

Any unauthorized person removing this sign will be prosecuted.
Publicado por escif en 1:03 No hay comentarios: 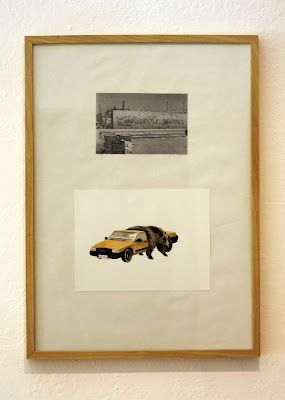 Very few of us will ever understand the sheer terror of a bear attack and the pain involved with surviving one. We can however greatly increase our chances of surviving such an attack by simply equipping ourselves with an extremely affordable (although what price do you put on your personal safety) canister of Guard bear spray.
Publicado por Mr. Window en 14:46 No hay comentarios: 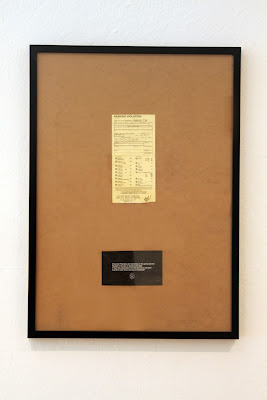 Eros and Thanatos are branches of the same old tree
Rooted in the soilof shadow and light
If God was separated from the dark twin, the Devil
Could he ever know the soul of mankind?
Publicado por Mr. Window en 15:21 No hay comentarios: